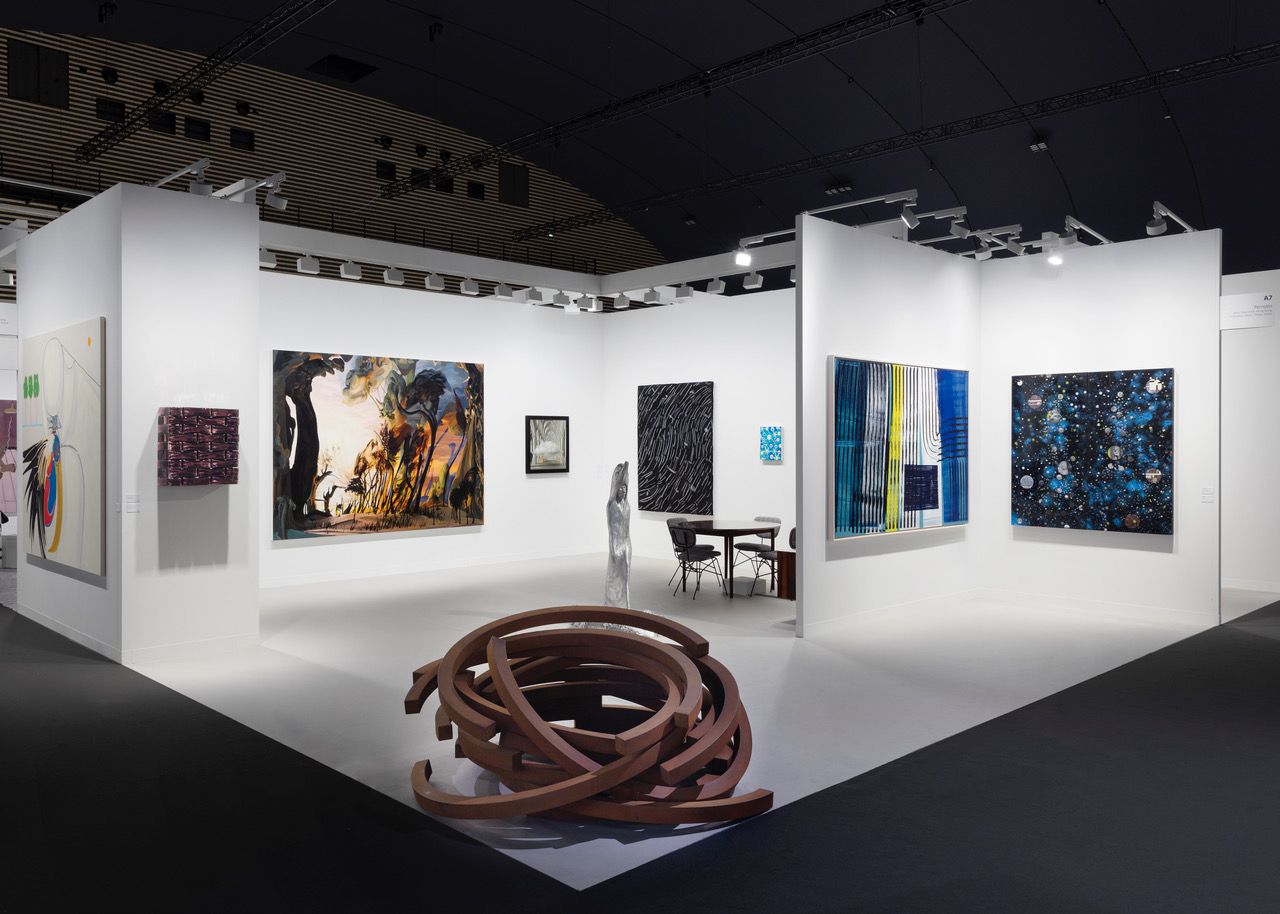 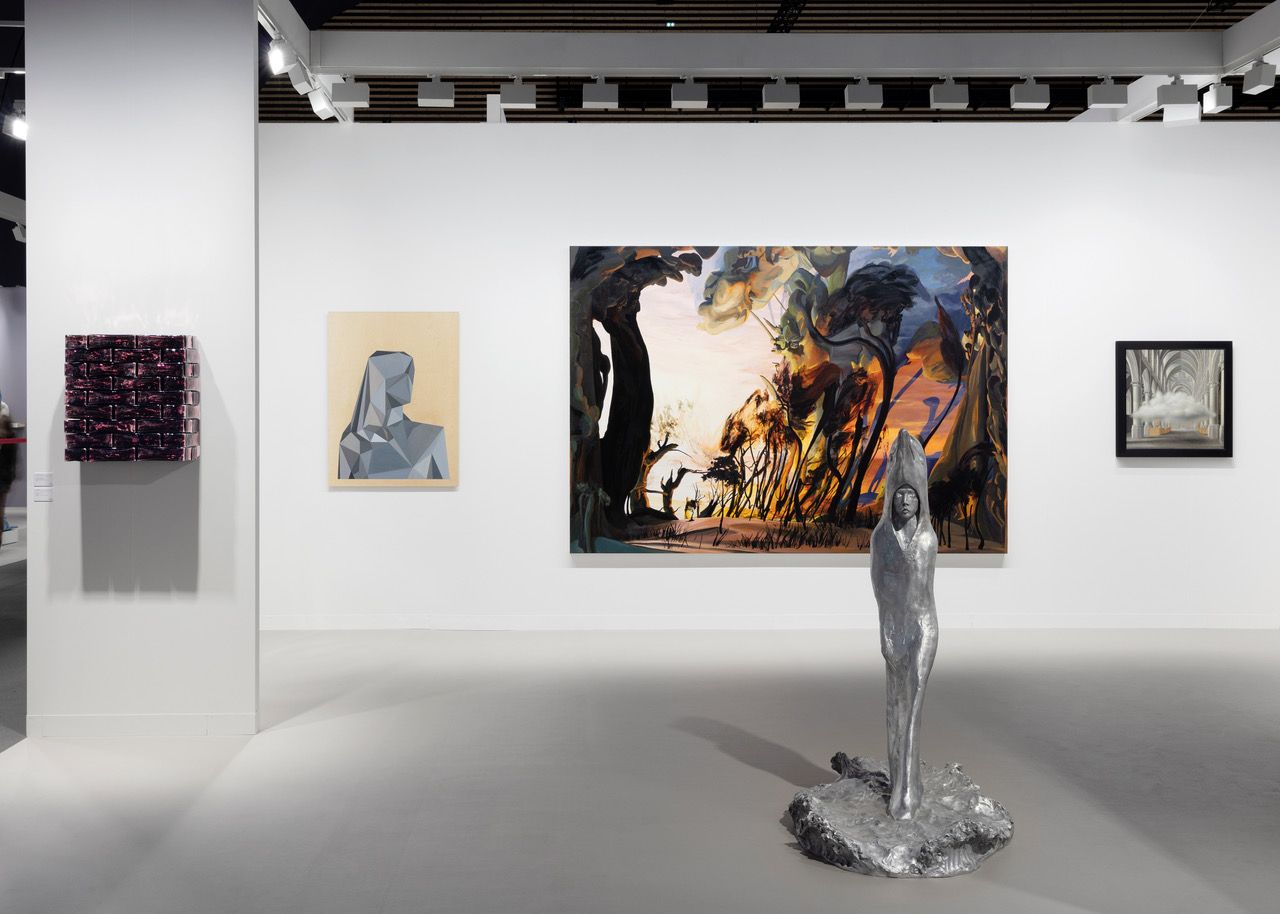 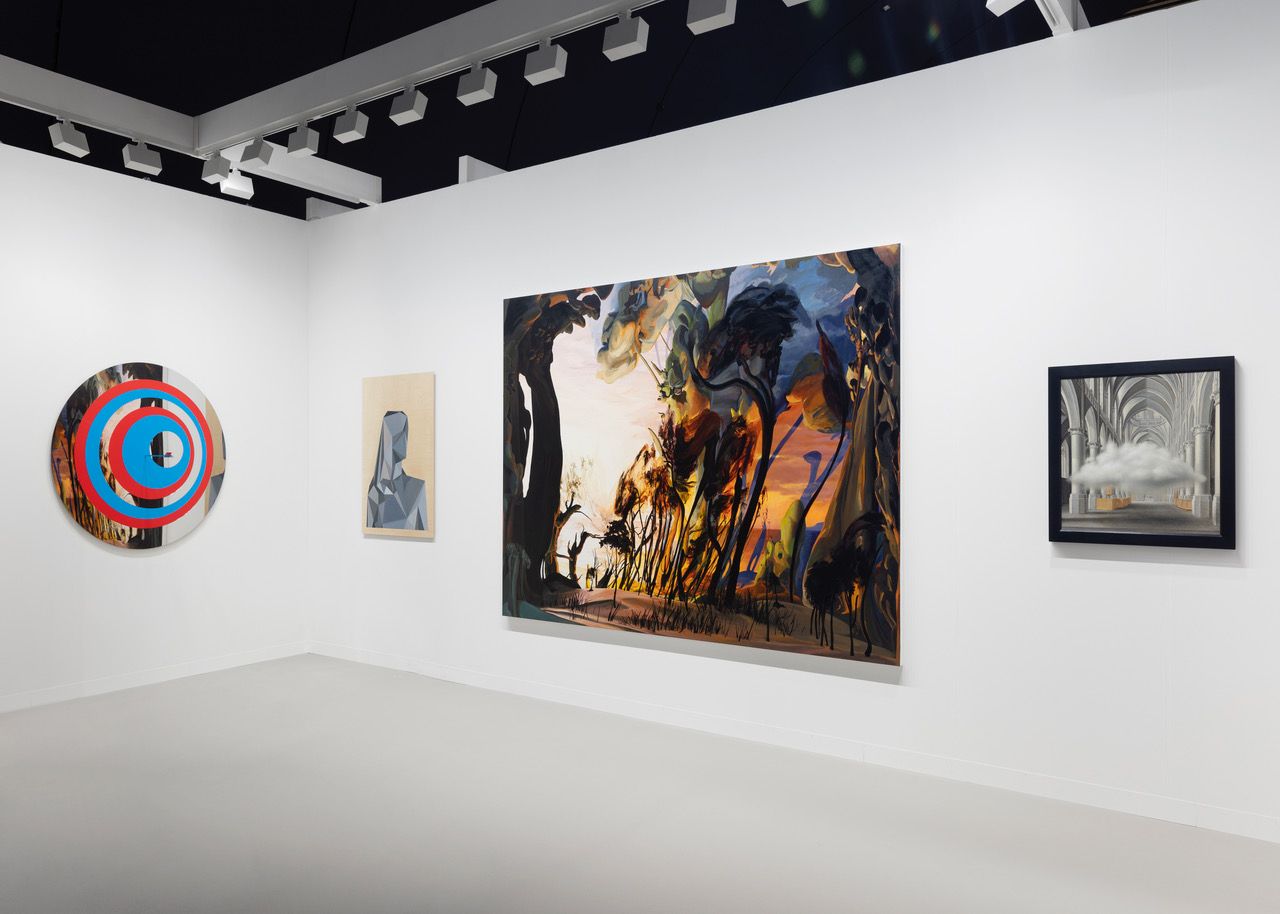 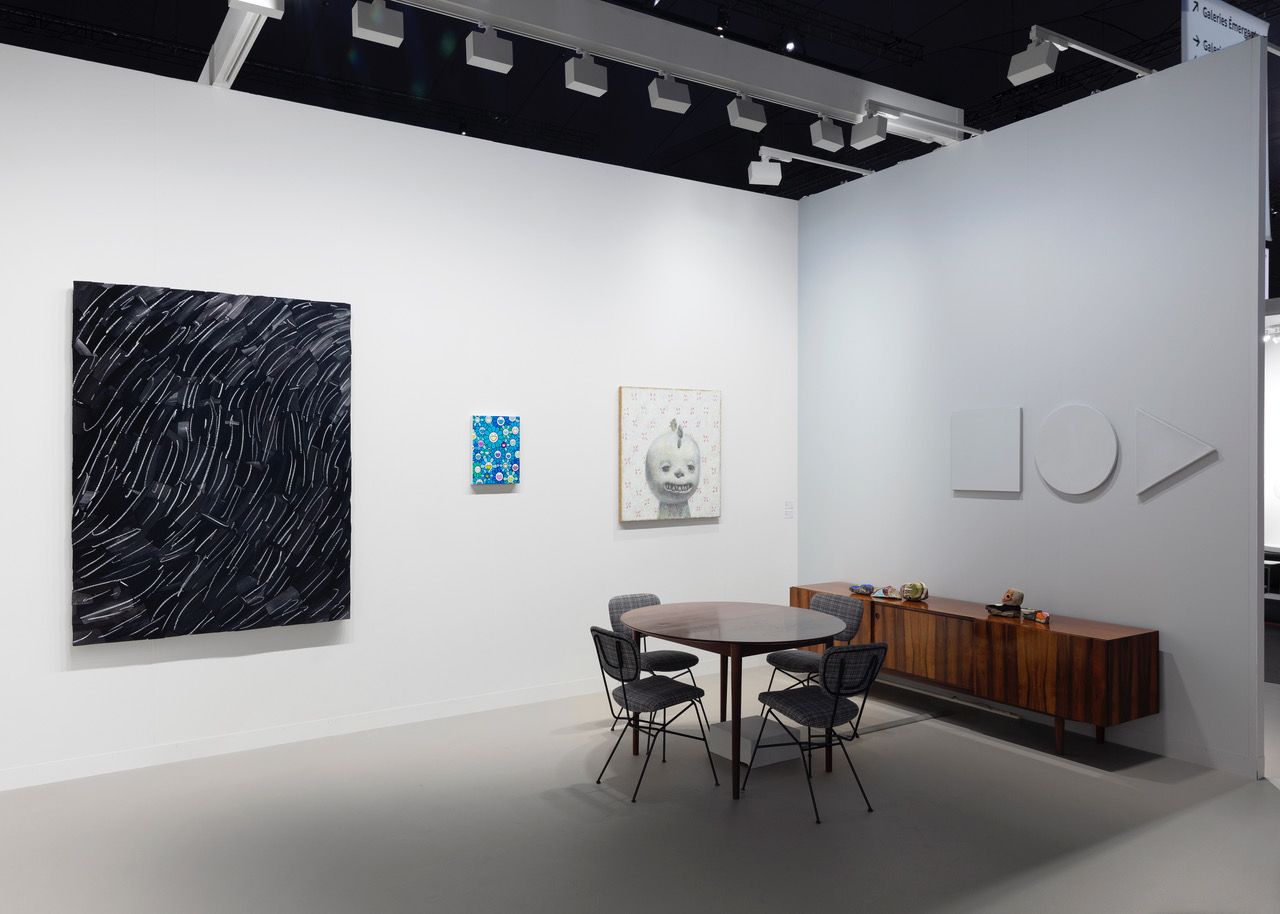 Perrotin is pleased to participate in the inaugural edition of Paris+ par Art Basel at the Grand Palais Éphémère with a selection of new works by artists from its roster.

On the occasion of his major exhibition Anima at the College des Bernardins, Laurent Grasso presents a new painting from his series Studies Into The Past.

As a tribute to Claude Rutault - who passed away in May 2022 at the age of 80 - the gallery presents de-finition/method 98: to be continued, a work to be actualized according to protocol written by the artist.

Following the announcement of his representation, a sculpture by Bernar Venet is also presented. A solo exhibition of the artist will be held in March 2023 across both the Marais and Matignon galleries.

For the first time in France, the gallery presents a new large-scale painting by Emma Webster. The artist’s solo exhibition inaugurating Perrotin’s new gallery in Seoul, Perrotin Dosan Park, is on view until October 20th.

Tavares Strachan, whose first exhibition with the gallery opens in Paris on October 15th, presents new work from his Galaxy series.