Perrotin New York is pleased to present Color and Colors, an exhibition that brings together large-scale paintings by Franco-Argentinian artist Julio Le Parc and reconsiders the artist’s herculean contributions to the evolution of abstraction as well as his crucial investigations into the field of painting, on view through December 19. The exhibition pays particular attention to paintings from the 1970s through to the present day, with the earliest work in the exhibition made less than a half decade after the artist received the Grand Prix in painting at the 1966 edition of the Venice Biennale. Finally, exemplifying the artist’s proprietary quest, which continues to this day, the exhibition culminates in a new kinetic sculpture, gloriously suspended from the gallery’s ceiling. Migrating deftly between painting and sculpture, Le Parc’s work has long pushed the historic imperatives of these ancient media, exploring plays of light, space, and perception in imaginatively ambient, energetic works that activate not only their own internal forms but also any space they enter. As presented here, Le Parc’s paintings echo his earlier kinetic statements, marking the desire to capture fleeting and ethereal patterns. Works like Continuel mobile en diagonal, 2020 metabolize all that surrounds them, bending received light into captivating arrays of pattern and variation. These works exemplify Le Parc’s dogged pursuit of a kind of optic translation, stewarding his career-defining themes seamlessly between static, kinetic, flat, and dimensional media. Newly arrived in Paris in the late 1950s, Le Parc was in touch with artists like Victor Vasarely and pioneered what would become known as Op and Kinetic Art, tendencies invested in activating artworks and viewers in turn. Along with Horacio Garcia Rossi, Francisco Sobrino, François Morellet, Joël Stein, and Jean-Pierre Vasarely (Yvaral), Le Parc cofounded GRAV, or Groupe de Recherche d’Art Visuel (Research Art Group), a collective committed to pioneering opportunities for viewer interactivity in the visual arts. Under the auspices of Le Parc and his peers, previously static media pursued a newfound state of continuous becoming. Painting and drawing capitalized on trompe l’oeil optical and spatial effects occasioned upon otherwise flat surfaces to manifest virtual spaces of architectural and cognitive complexity.

I discovered or realized that movement existed even if the creations were static. The succession of the small gouaches I made could give an observation period... One after another after another created the notion of movement. 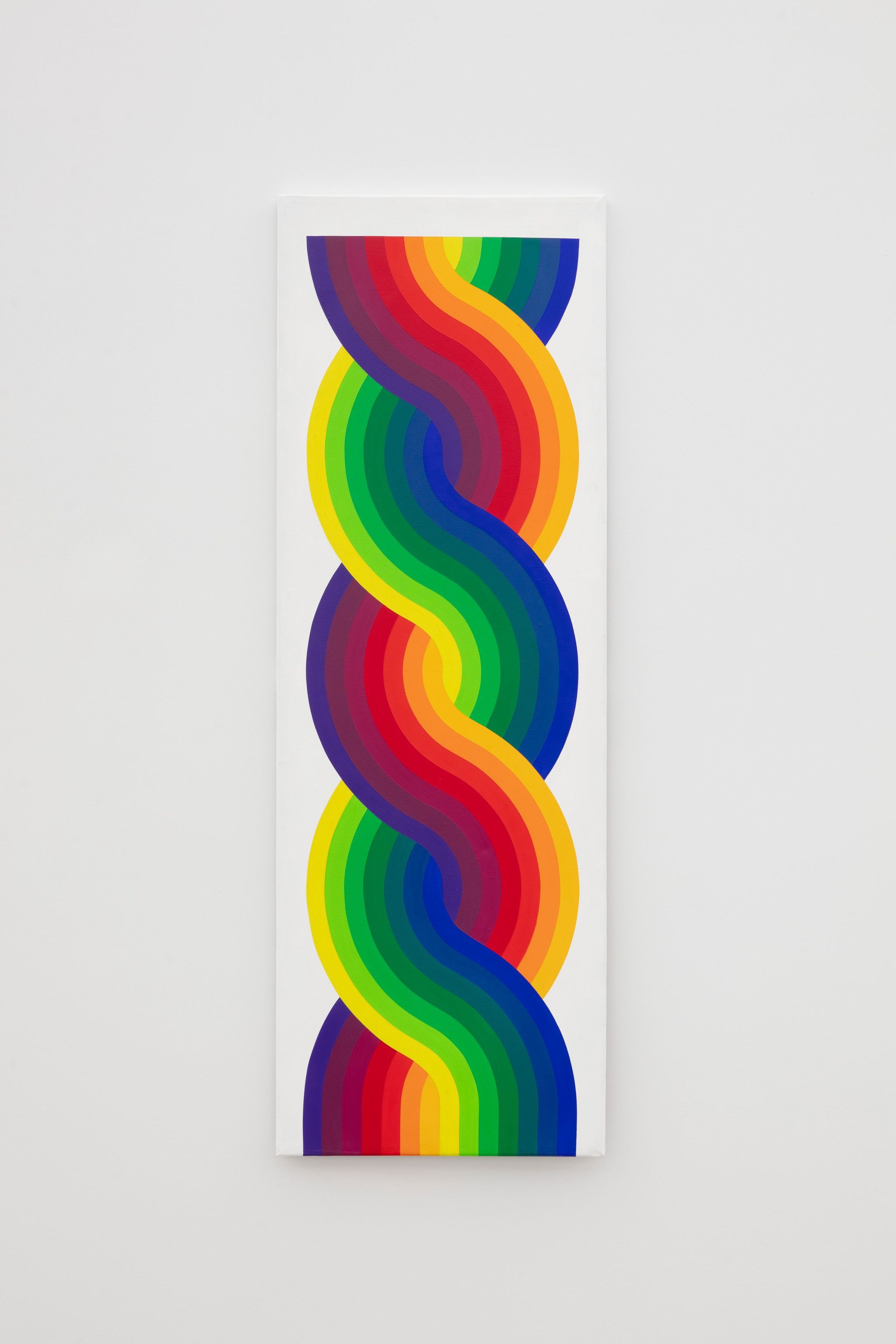 It was in 1959 that the artist began his research into color theory and experimentation into the kinetic possibilities of painting. Led by a distinctly utopian ethos, Le Parc approached each work conceptually: first, the artist devised a set of logical parameters, and then he altered those ever-evolving parameters to create the illusion of movement within the confines of the canvas. Initially, Le Parc limited himself to black and white, however in 1959 he developed fourteen colors, which make up a complete chromatic circle, allowing for endless permutations.

Included in this first proposal was the participation of the spectator without them depending on any specific knowledge of art history, physics or optics. Instead, they were exempted from all these requirements and could establish a relationship through their own eyes. Even if it was minimal, it was in a certain way direct, pure and without intermediaries.

Le Parc’s sensuous, curvaceous colors began to echo the palette of the international counter-culture and student protests of the late 1960s, recalling Le Parc’s own temporary exile from France in 1968 and anticipating the iconography of later activist manifestations. In a time still inflected by the perils of migration and assorted contestations over global citizenship, Le Parc’s forms meditate on abstraction’s unique ability to think beyond language and across cultures, illuminating certain universals of experience and revelations unbounded by origin, accessible to all. Julio Le Parc was born in 1928 in Mendoza, Argentina. He works and lives in Paris.