Perrotin New York is pleased to present The Holy Third Gender: Kinnar Sadhu, the first solo exhibition of New York- based, French photographer and cinematographer Guillaume Ziccarelli. Central to this exhibition is a short, new documentary film that explores the sacred Kumbh Mela festival. The Hindu festival takes place every twelve years across four sites, and the 2019 iteration marked the first year transgender Sadhus, holy, religious ascetics in Hindu and Jain tradition, were admitted to participate as a formal group.

Knowing the celebration marked a historic moment for India’s transgender individuals, called Kinnars, Ziccarelli traveled to Allahabad, India to document their controversial initiation into the Kumbh Mela as equal, spiritual leaders, or Sadhus, who are viewed much like saints. During the Kumbh Mela bathing festival, pilgrims come from around the world to take part in a series of cleansing ceremonies, which can last up to three months – in a reckoning of the body and soul, involving drowning one’s sins in a confluence of rivers, and receiving blessings by Sadhus.

Ziccarelli’s interest in the Kinnar Sadhu community was sparked when he learned of India’s official recognition of the third gender in 2014, and a pre-colonial Hindu tradition of looking favorably upon non-binary gender identification. In their role as religious leaders, Kinnar Sadhus have found an influential voice, spreading a message of free spiritual expression and queer liberation. Once settled in Allahabad, Ziccarelli was welcomed as a guest by the Kinnar Sadhus, and he spent nearly two weeks documenting their stories through photography and interviews. He was particularly struck by the public adulation of the transgender Sadhus, who were widely respected and sought out for their wisdom, within the orchestrated chaos of the Kumbh Mela, despite initial opposition to their integration, and ongoing hostility from some Hindu sects.

Upon entering the exhibition, still photographs and personal notes taken at the Kinnar Sadhus’ campground at the Kumbh Mela festival, adorn the walls of the gallery. The second room includes striking portraits of individual Sadhus, dressed in traditional garments, emerging luminously from dark backgrounds, and in a third room, Ziccarelli’s film, The Holy Third Gender: Kinnar Sadhu, is shown. 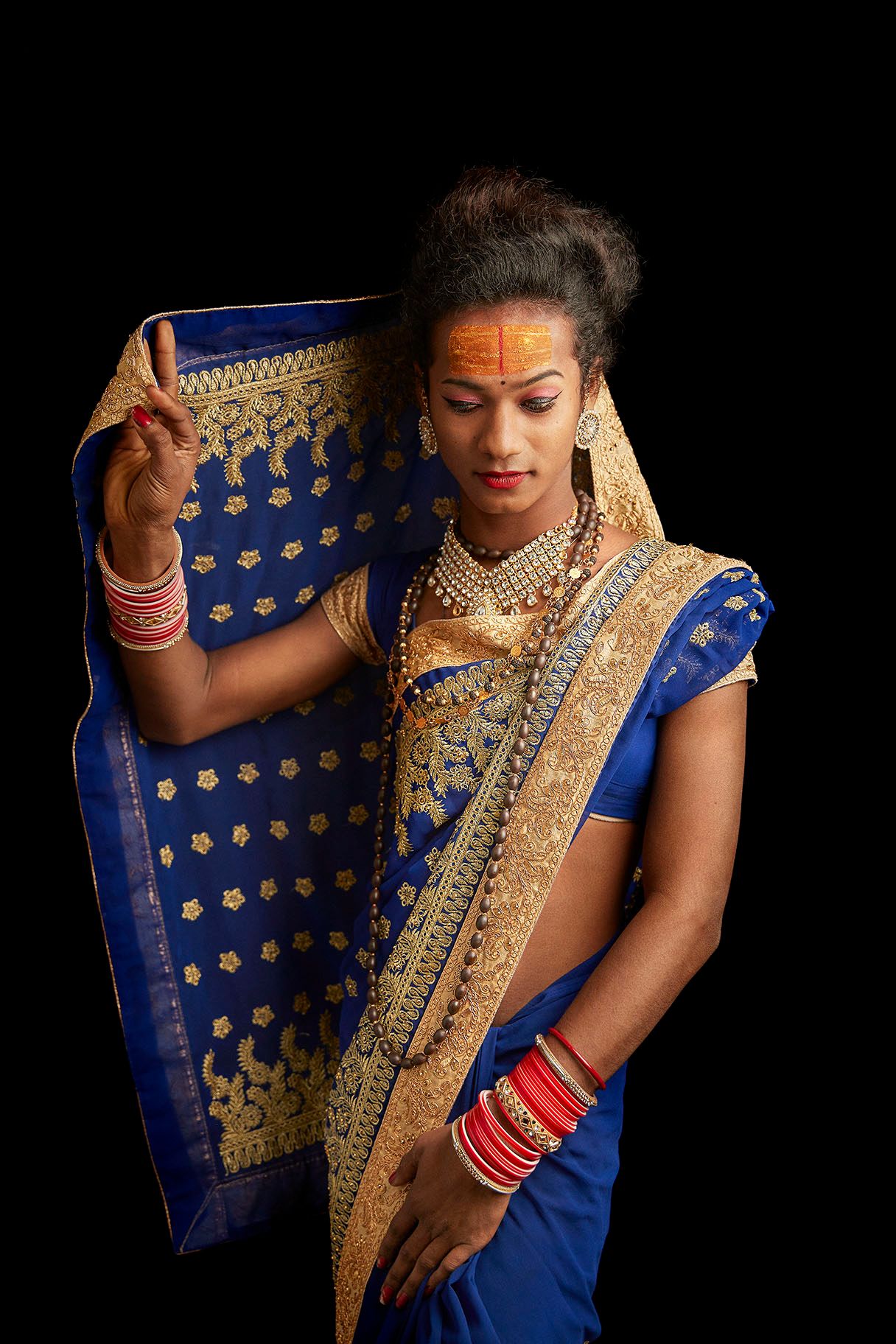 Ziccarelli’s documentary project seeks to highlight the strength within this community, despite the regular discrimination transgender people face in India, and around the world. At the Kumbh Mela, Kinnar Sadhus were given a platform to shine, drawing worshipers of all ages to rituals, dance performances, and lavish processions. This exhibition is a window into their lives. Born in 1977 in Neuville-aux-Bois, France
Lives and works in New York, USA

Guillaume Ziccarelli is a French photographer and cinematographer based in New York City, who specializes in documentary. He has been a close collaborator of Perrotin’s for the past 15 years, working on many endeavors, including exhibition production, scenography, as well as photography, and cinematography. He has worked on shows with major institutions, including Centre Pompidou, Chateau de Versailles, Qatar Museum Authority, Centre d’Art et du Paysage de Vassivière, the Delacroix Museum, as well as with architect David Adjaye and artists Takashi Murakami, Sophie Calle and Pharrell Williams. Ziccarelli was also a key member of the team who moved from Paris to New York, and greatly contributed to the establishment of Perrotin in New York. We are excited to celebrate his contributions with a solo exhibition at the gallery.