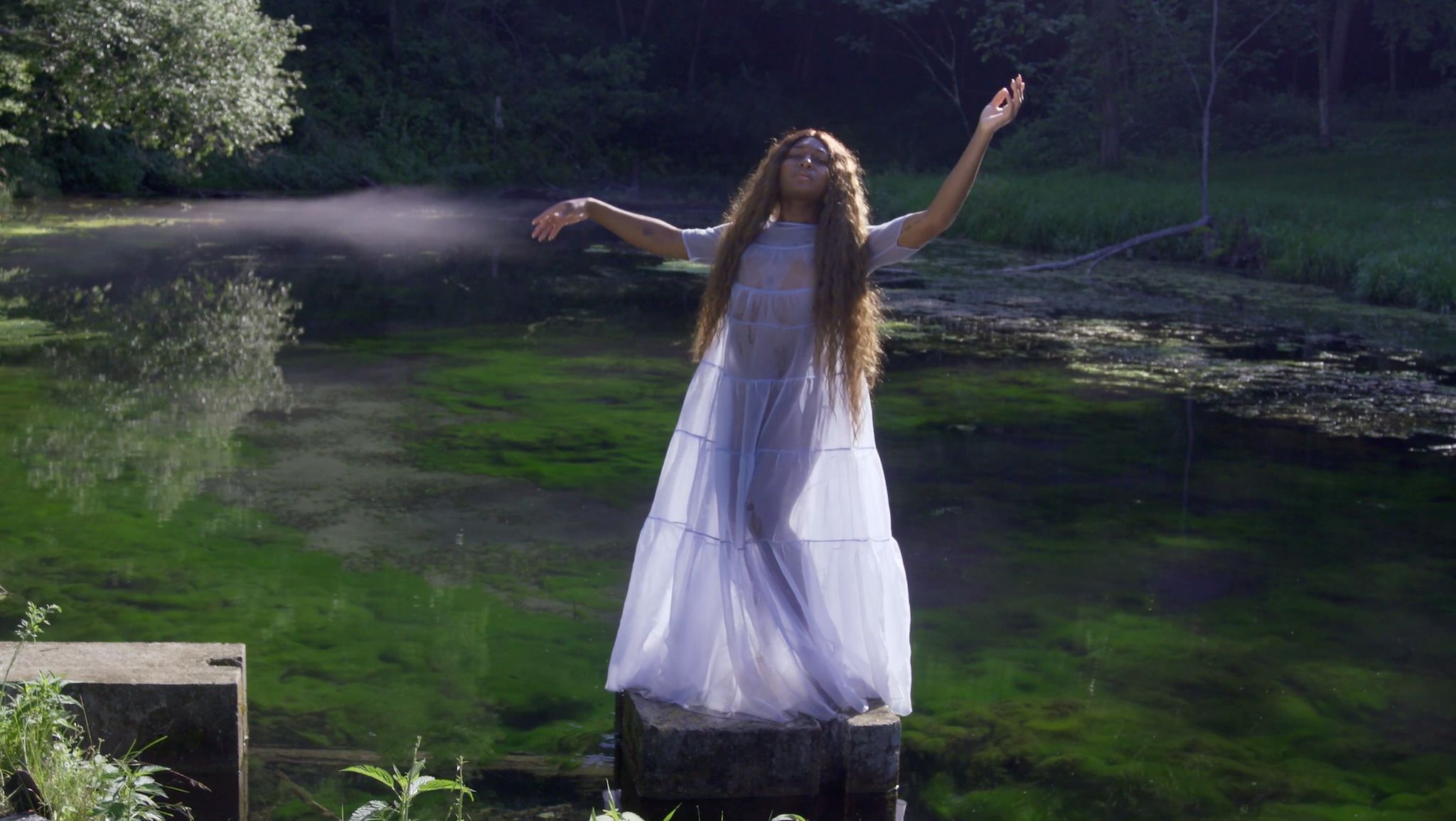 Late Night Enterprise considers how nocturnal economies — romantic, monetary, and corporeal — act as a foil to the sleek logic of daytime activities. French philosopher Michel Foucault, in Utopian Bodies, describes nighttime as when “the body is torn away from its proper space and projected into another space.” This space becomes a social elsewhere, an imperfect mirror of our 24-hour economy. There, the logic of consumption fades, and another economy emerges: hyperreal pleasure, extreme ecstasy, and immense danger find their own rhythm and release. Entering the exhibition, the central space of the room is occupied by a series of assemblage sculptures by the late BREYER P-ORRIDGE. Relatively simple in form, each sculpture is composed of a stiletto heel (plucked from h/er shared closet with the late nurse, artist, and dominatrix Lady Jaye Breyer) pierced with an extruding horn. Assembled together in a “trance state,” the work is accentuated by a series of objects lying around the artist’s Ridgewood, Queens home: a Nepalese fabric square, Vodun relics, fur, glitter, stingray skin, ermine fur, bone, and a copper ball. In Shoe Horn, BREYER P-ORRIDGE weds the dual meaning of fetish — both a sexual fetish and an object imbued with supernatural powers — in an ode to Genesis’ first encounter with Lady Jaye. They met in Terrence Sellers’s BDSM dungeon, where Lady Jaye was working; grinding the heel of her stiletto into the palm of a lonely client’s hand. Together, the duo would eventually embark on a decades- long Pandrogeny project, which involved physically and spiritually merging identities into one genderless being. It was under the veil of nighttime that Genesis P-orridge and Lady Jaye met, BREYER P-ORRIDGE was born, and their new world order was articulated. This act, and this conflation of alternative hierarchies of time and space, continues to weave itself through Late Night Enterprise. Caitlin Cherry is a collector of objects of a different kind, of screenshots extracted from the Instagram posts of Black femme entertainers. In her compositions, Cherry encases her subjects in a hyperreal chromatic palette, while below, her underpaintings are a dense network of revolving brushstrokes, not unlike a glitch, or the miscalculation of Instagram’s algorithm. Cherry’s practice acknowledges the circular existence of black femmes in digital spaces — appropriated and re-appropriated; rinse and repeat — and questions how identities can endure, and flourish, under the duress of constant surveillance. Regarding an attention to source material, we see echoes of Betty Tompkin’s painting practice. Her historic Fuck Paintings, produced first in the 1970s, are emblematic of the feminist painter’s quest to marry Agnes Martin’s modernist grid to the images of illegal pornographic materials. Like BREYER P-ORRIDGE’s Shoe Horn, this, also, is an unholy union.

The grid appears, again, across the room, invoked by choreographer, musician, and painter Richard Kennedy. His ultramarine weavings, rising nearly 15-feet in the air, evoke the cathedral-like presence of a Medieval tapestry. Yet, their titles are extracted from the vocabulary of nightlife, It’s Giving > Torn Florals, for example. The work is made succinctly: Kennedy begins with a traditional canvas, which he applies paint to quickly and viscerally. Then, the canvas is divided into neat horizontal and vertical strips, which are then laboriously woven together again. If Kennedy’s paintings are surrogates for himself — a queer black man from Middletown, Ohio whose twenties were marked by the existence of nightlife economies, including party promotion, as well as the first National tours of Wicked and Fosse — then this act of physical translation becomes a divine vehicle for protection and reification. 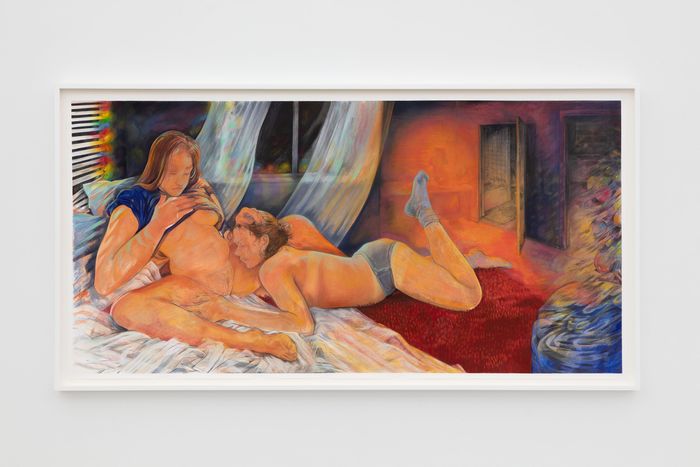 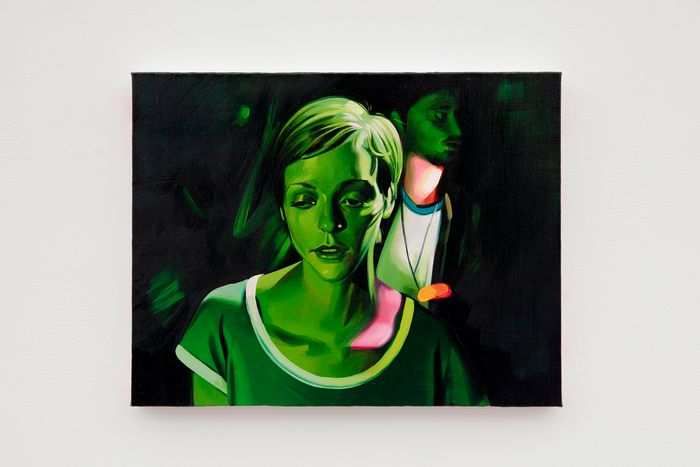 If daytime is located in a finite past, as many have theorized, then nighttime is an infinite future. The pulsating thud of strobe lights, the sting of a red bull vodka, the foreshadowing of a lover’s touch — these rearrange the temporal space of nighttime into an eternal now. The artists in this exhibition acknowledge and work within the loose temporality of nighttime. In the central space of the exhibition, Alina Perez and James Bartolacci both offer scenes of unreal, trance-like pleasure, exquisitely rendered in a superabundant palette. Across, Sam McKinniss conjures an iconic scene from Kids (1995) where 16 year- old Jennie, played by a young Chloë Sevigny, wanders through the club, dissociating after being given drugs mere moments before, searching for Telly to tell him of her H.I.V. diagnosis. This scene, on screen, seems to last hours, although it’s only minutes, but within McKinniss’s canvas, it continues eternally. Time frames of both pain and pleasure have the capacity to be re-engineered during nighttime.

The most ecstatic example of this is Keioui Keijaun Thomas’s new video work — Come Hell or High Femmes: Act 2. The Last Trans Femmes on Earth: Dripping Doll Energy. Here, Thomas charts a post-apocalyptic geography. Her world is lush and verdant; the artist, bathed in a sky blue dress of tulle, wanders across babbling brooks and atop hills of fertile dirt. Thomas imagines a time where the dolls — a word that, loosely, means a trans woman so beautiful and perfect that she can no longer be considered real — have survived a mass extinction. Why are dolls the only ones left? Perhaps, it is because trans femmes (often, but not always) are forged in nocturnality, where beauty and intelligence must learn to supersede time and space. Each artist in Late Night Enterprise explores various states of being and the construction of identity. Robert Yarber is best known for his mind- bending psychedelic paintings, which examine the whole notion of perception, including that of the viewer who observers but does not participate. Sophie Calle’s The Sleepers marks the beginning of her exploration into the boundaries between public and private life, building the foundation for her groundbreaking quest, connecting with strangers in order to investigate the perception and formation of identity. Ryan Wilde is similarly interested in the way identity is formed, particularly for women, whose existence is considered in relation to the “other.” By repurposing the technical skills acquired throughout her career as a milliner, Wilde’s sculptural works provoke dialogue on the theatricality of gender. Rose Nestler subverts the construction of an aspirational, millennial lifestyle by creating striking sculptures that call to mind very real power structures. Playing with the languages of sexuality and materiality, Nestler presents the female figure in a new, liberated form. Finally, Christina Yuna Ko illustrates the vocabulary of a technology obsessed generation, while also demarcating the visual lexicon of a multi- generational Asian American experience. Using vernacular specifically drawing from a Korean American perspective, she uncovers shared visual connections within the broader Asian American experience and complicates the Western bias that can appropriate, erase, and fetishize. Together, the artists on view question our perception of self, particularly the contrast between an identity restricted by the judgement of daylight and the vulnerability that can only exist under the cover of nightfall. 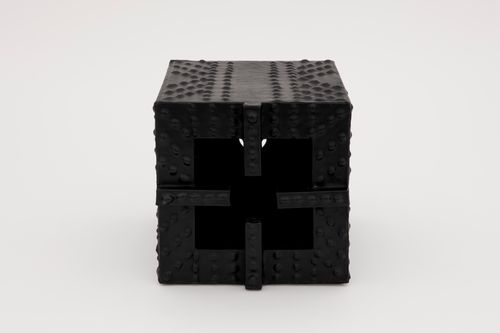 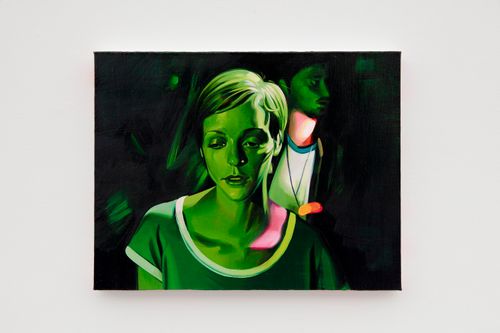