On the occasion of the Paris Gallery Week-end, Perrotin is pleased to present iconic work by Sophie Calle: Prenez soin de vous.

I received an email telling me it was over.

I didn’t know how to respond

It was almost as if it hadn’t been meant for me.

It ended with the words, Take care of yourself.

I followed this advice to the letter I asked 107 women (as well as two handpuppets and a parrot), chosen for their profession or skills, to interpret the letter.

To analyse it, comment on it, dance it, sing it. Dissect it. Exhaust it.

Understand it for me. Answer for me.

It was a way of taking the time to break up

A way to take care of myself.

The exhibition will be followed starting on July 6 by a viewing room featuring a selection of artworks from series Prenez soin de vous and Série Noire. 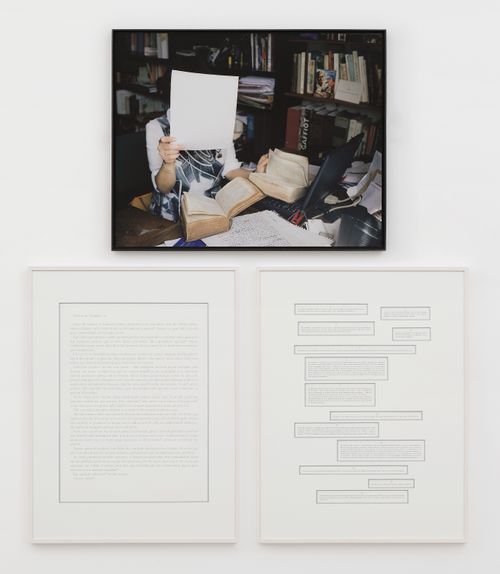